My experience in providing video for live events covers everything from headline shows at Glastonbury Festival to corporate presentations for large companies and organisations.

I am skilled in projection, LED, switching, camera ops and shading, vision mix, VT operation and powerpoint as well as other general a/v skills.

I have also completed Hippotizer training and am able to both operate and create content.

I have experience of managing the installation and operation of video  over multiple stages at festivals including Latitude, Bestival, The Big Chill and Creamfields.

My vision mix skills have been used on many corporate events, at festivals such as Glastonbury and Leeds and at gigs for bands including New Order, Doves and Morrissey.

For three years I looked after the audio/visual systems for the public inquiry into Harold Shipman’s activities. This was a highly complex multi-camera and microphone system serving the inquiry room, several remote locations and a broadcast feed. With the Inquiry being very high profile, a high standard of both operation and maintenance was required. This was achieved throughout the three years of operation by a rigorous testing and maintenance regime. In addition, the very nature of the Inquiry, in dealing with sensitive information and painful events for the witnesses, required and achieved very careful handling of both people and information.

For over 20 years I have  provided both film and video for clubs and bands. Operating as VJ Peeka I have performed alongside many of the worlds top djs and live dance acts including Sasha, Carl Cox, Underworld, Aphex Twin, Fatboy Slim and The Chemical Brothers. I have played at festivals such as Glastonbury, The Big Chill, Bestival and Creamfields in the UK as well as several European Video Festivals and at venues including Brixton Academy and Wembley Arena. 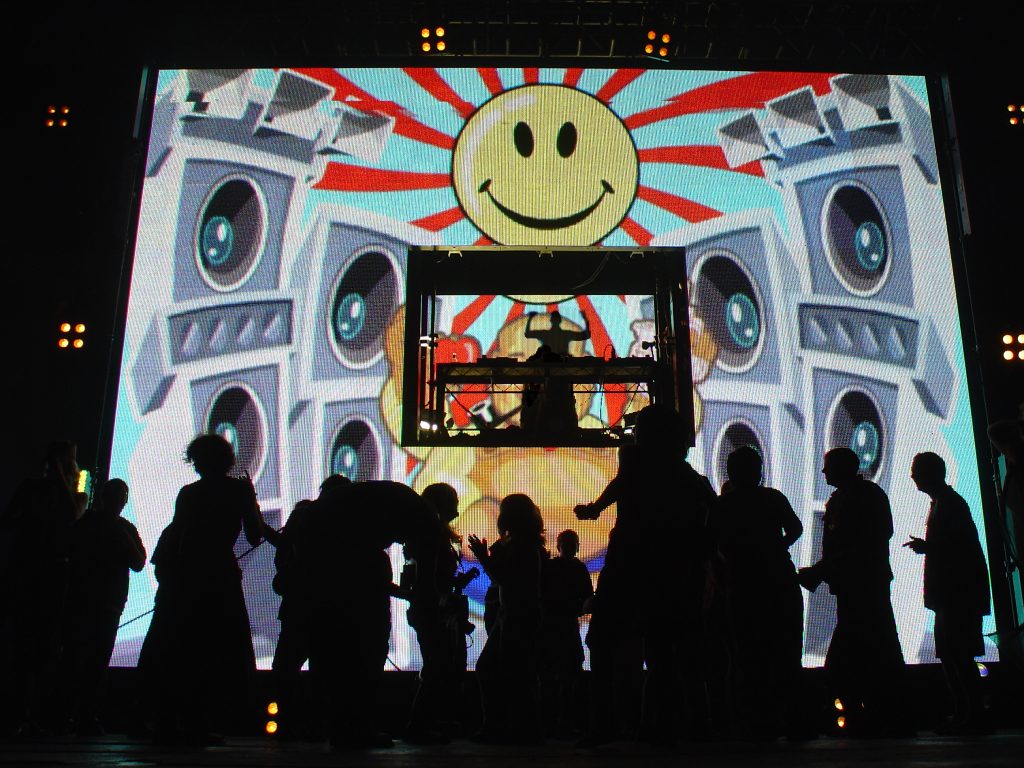